Barcelona Gipsy balKan Orchestra (BGKO) an international ensemble of musicians based in Barcelona which is awakening the interest of audiences all over Europe through their genuine reinterpretations of traditional music from the Balkans, the Middle East and the Mediterranean shores.

Barcelona Gipsy balKan Orchestra (BGKO) is the evolution of the Barcelona Gipsy Klezmer Orchestra, which in three years turned into a referral of the roots music made in Barcelona achieving a notorious international exposure.

The unique and contemporary sound of the BGKO comes from their passionate and relentless exploration of sounds and timbres from the romani, klezmer, balkan and mediterranean music. All understood as a set of musical traditions and multi ethnic cultures which go beyond any geographical boundary, nurtured by the imprints of the different peoples who inhabited these lands.

The group itself blend the different artistic influences .-of its members, enriched and shaped by Barcelona’s vibrant musical scene: from traditional Catalan, Greek, Italian, Russian and Midle Eastern songs to the vital vibes of jazz manouche and rockabilly.

A music that goes straight to your heart...Without tricks!

Their music is a reflection of the diversity of the musicians' home countries, which include Catalonia, Spain, Italy, France, Serbia, Greece, and Ukraine, as well as Barcelona's vibrant music scene.

Starting from November 2015, BGKO evolves: after so much intense work and growth, we are responding to the urge to expand our artistic horizons. While we remain very interested in Klezmer music, we also want to gather inspiration from a wider spectrum of genres. Balkan music is, for us, a set of musical traditions and multiethnic cultures that surpass geographical confines, drawing on the historical traditions that have forever inhabited these lands: Ashkenazi and Sephardic Jews, Gypsies, Ottomans, Arabs… Sun, soul and energy of the band

Brain, vision and craziness of the band 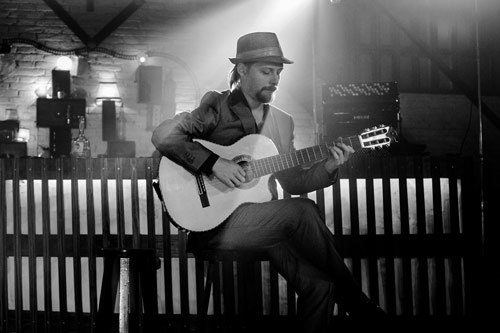 Tireless jam session man, kindness and creativity of the band 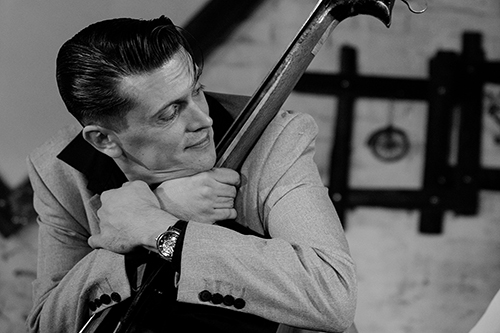 Heart, wisdom and strength of the band Avo kanto means “grandfathers songs” in Esperanto, the only language capable of expressing the diversity of their band.

Avo Kanto is the continuation of a journey that started two years ago with “del Ebro al Danubio”. Plenty of concerts, places, people, musicians, and moments that still move us, gave birth to the songs on this album. Nearly all are traditional songs, interpreted throughout time, passed down through generations while never losing their power to evoke the deepest feelings of the human being. Today these songs rise again, touching us deep in our hearts and souls.

Since its creation BGKO gathers a faithful and ever growing fan base in the social media, with more than 10.000.000 plays of their videos on YouTube.
Show them respect if you like their music and follow #BGKO on social media